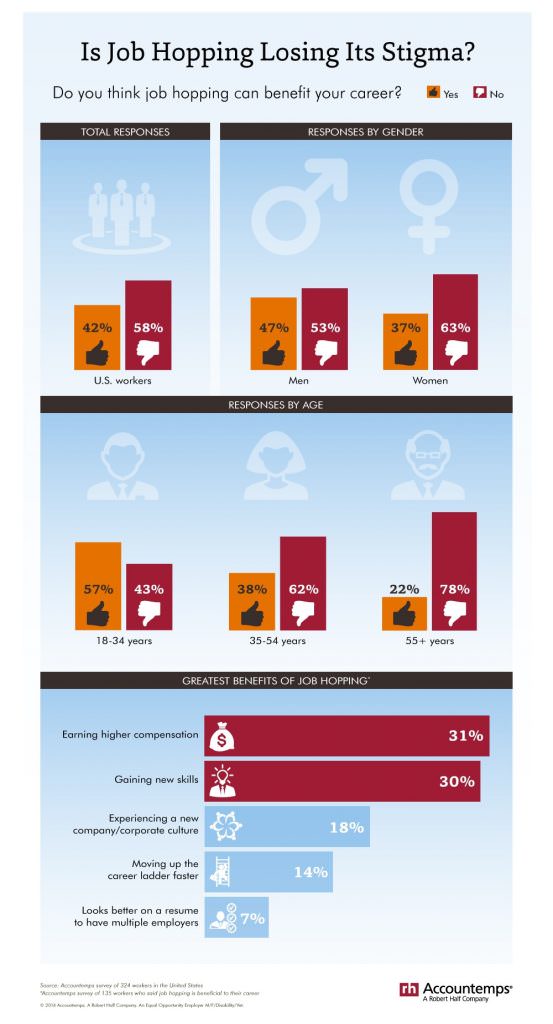 Is Job Hopping Losing Its Stigma?

MENLO PARK, Calif., Dec. 18, 2014 /PRNewswire/ — Job hopping may be losing its bad reputation, at least among the youngest generation of U.S. workers, a new Accountemps survey suggests. Fifty-seven percent of employees between the ages of 18 and 34 said changing jobs every few years can actually help their career, compared to 38 percent of professionals between the ages of 35 and 54 and 22 percent of those age 55 or older. There were also differences by gender, with 47 percent of men and 37 percent of women reporting that job hopping is beneficial.

The survey was developed by Accountemps, the world’s first and largest specialized staffing service for temporary accounting, finance and bookkeeping professionals, and conducted by an independent research firm. It includes responses from 324 employees 18 years of age and older who work in an office environment. Workers were asked, “Do you think job hopping (leaving your current employer for a new job every few years) can benefit your career?” Their responses: 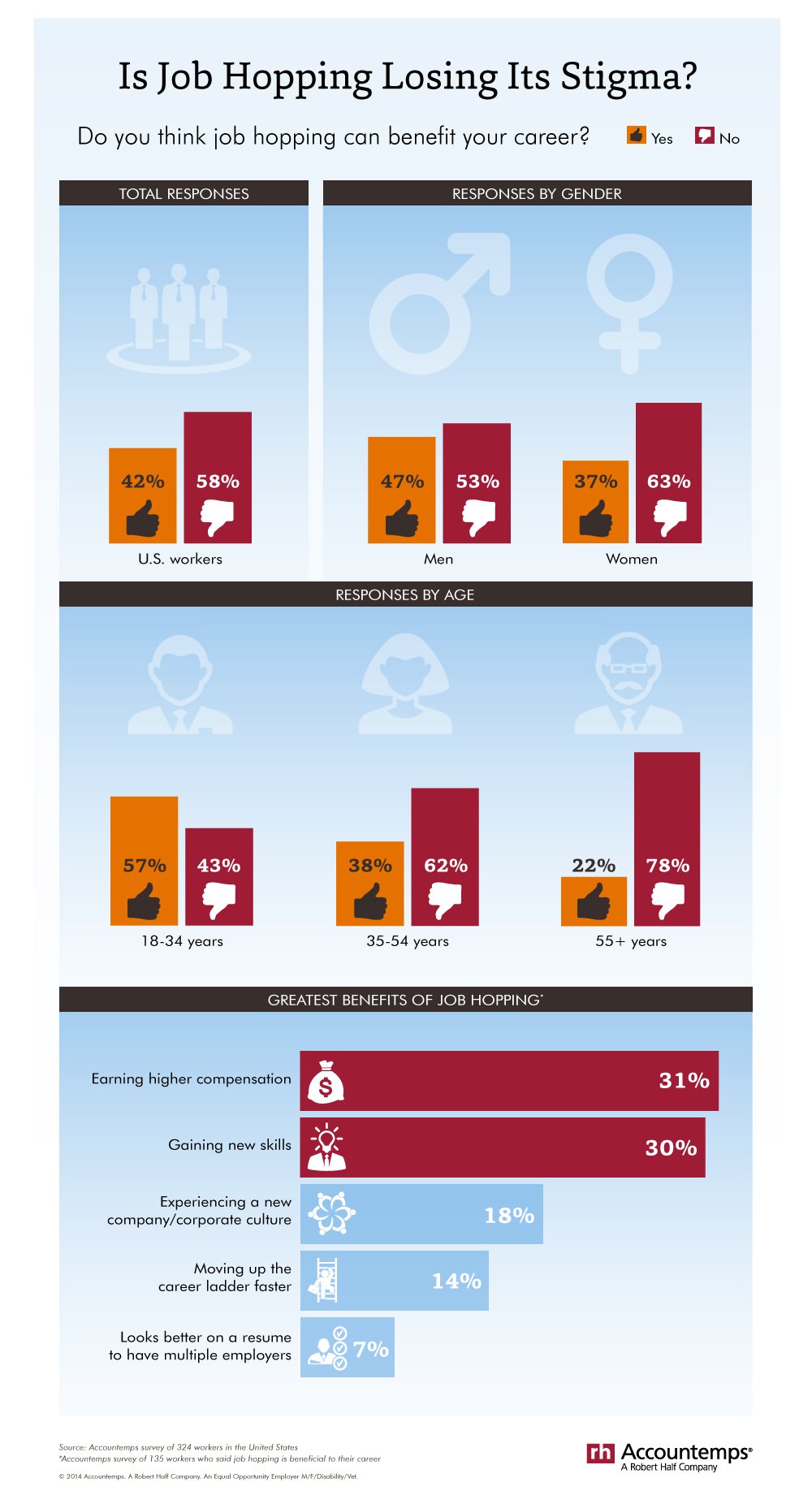 “Conventional wisdom about the perils of job hopping has begun to shift, but professionals still need to look carefully before they leap,” said Bill Driscoll, a district president with Accountemps. “Changing jobs every three to four years is one thing; more frequent moves could indicate the inability to dig into a role and put employers on guard.”

Driscoll added, “Professionals considering job moves should evaluate not only salary but also where they will have the greatest opportunity to build skills and advance their careers.”

About Accountemps
Accountemps, a Robert Half company, is the world’s first and largest specialized staffing service for temporary accounting, finance and bookkeeping professionals. The staffing firm has more than 340 offices worldwide. More resources, including online job search services and the Accountemps blog, can be found at accountemps.com.