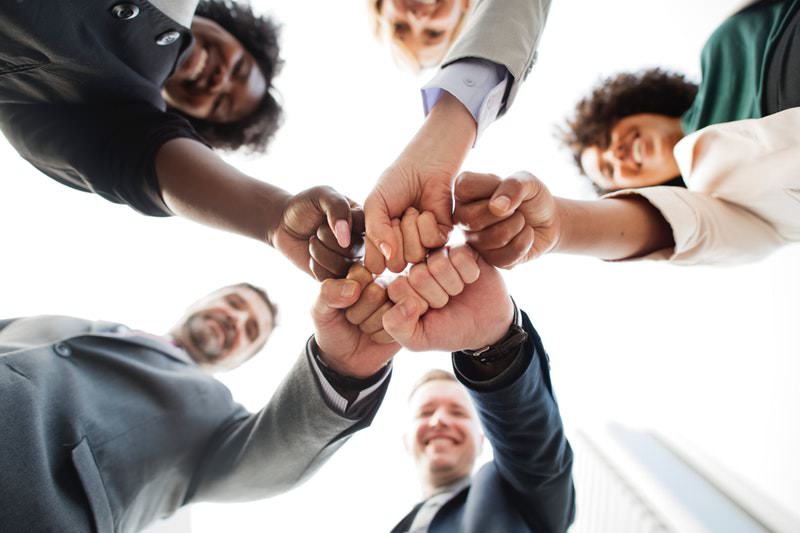 I began working with my employer in January, 2003.  When I started, there were over 14,000 employees within the organization.  Previously I had worked for much smaller companies with employees in the hundreds at the maximum, not thousands.  While I was excited about this new opportunity, I was more overwhelmed than I had ever been in my life.  I recall spending the first week on the job slinking off to a private place where I could shed a few tears, regroup and get right back at it.  At that time, I thought there was no way I could ever maneuver my way through such a large institution.  How would I ever make connections, know where to go for information, or even make a friend?

The answer was right in front of me…a support staff group within the organization who met monthly to share information, network and receive professional development.  It was a small group at that time, with less than 70 members.  I knew right away that this was something I needed to get involved in so that I could make a huge organization feel small.  At my very first meeting which took place in my second month of employment, the leader of the group asked if anyone would be interested in helping out as a recording secretary.  I looked around the room and no hands went up.  I was so new to the organization I felt almost unqualified to speak up, however, I summoned the courage and raised my hand.  Little did I know at that time where that one little act of courage would take me.

Over ten years and an additional 6,000 employees later, I have had the honor of being vice-president of the group twice, and president three times.  The group has grown from less than 70 members to nearly 450.  We are able to provide quarterly meetings, mentoring opportunities, professional development classes, and an annual conference.  We created a budget proposal for our human resources department, which was eventually approved, allowing us an annual budget to provide lunches to the attendees of the quarterly meetings.  The budget also provides money to underwrite a portion of the annual conference.  Our group has developed bylaws and increased our governing board from four members to twelve.  Our facility has grown from just a few local sites to over 15 locations throughout the west side of the state.  We have incorporated a web streaming option for nearly 10 locations whose locations are too far away for staff to attend in person.  We created an internal website to post meeting minutes, opportunities to become involved in the organization, information on off-site locations for meetings and events, catering information, and much more.  Most recently, we started a monthly newsletter which highlights changes within the organization, professional career development information, spotlights on board members and group members, along with articles contributed by group members.

Veteran Business Thought leader, Mark Victor Hansen once said, “Don’t wait until everything is just right.  It will never be perfect.  There will always be challenges, obstacles and less than perfect conditions.  So what?  Get started now.  With each step you take, you will grow stronger and stronger, more and more skilled, more and more self-confident and more and more successful.”

If we wait around for someone else to make a difference in our world, it will never happen.  Summon the courage within yourself to make your own change.  One ounce of courage can result in a ton of positive outcomes.

Julie Hill is an executive assistant at Spectrum Health in Grand Rapids, Michigan.  Spectrum Health is a non-profit health system based in West Michigan comprised of nine hospitals, 130 ambulatory and service sites, and a health insurance plan.  Spectrum Health is the largest employer in West Michigan.   She is currently president of the Professional Administrative Support Staff (PASS) group which consists of over 400 members of various support staff positions.  Julie will be completing her bachelor’s degree in business administration in the spring of 2014.  She is also a mom to five children and is very active within her community.