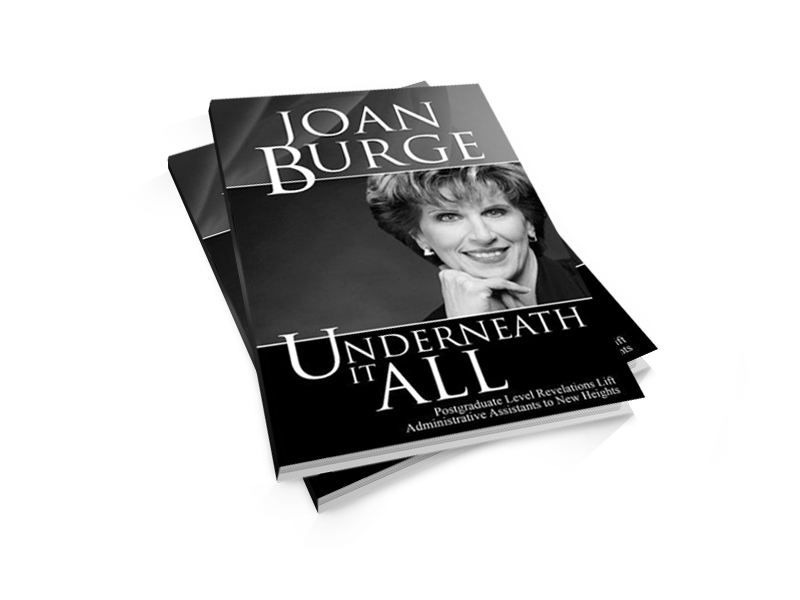 Why are we so passionate about Pancreatic Cancer Awareness Month? 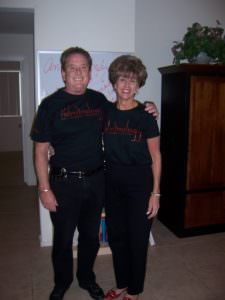 On November 1, I would have celebrated my 37th year wedding anniversary with my husband, Dave, had pancreatic cancer not stolen him away from me. November just happens to be Pancreatic Cancer Awareness Month and I hope you will take just a few minutes to read my post. 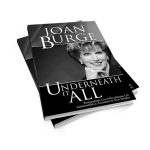 Underneath It All Book Prelude:
Here is the Prelude written by Marilyn Pincus, an author and good friend to Joan Burge.

This book could not have been written at an earlier date. Is it because ….

AT AN EARLIER DATE THE FOLLOWING HAD NOT OCCURRED.
During the past three years, Joan Burge has ventured into new worlds. She has gone kicking and screaming onto new playing fields. She would never agree to visit these places but, no one gave her a choice. Joan Burge has been a visionary for administrative training and development since 1990. She is the author of other books; most notably, BECOME AN INNER CIRCLE ASSISTANT. But this book, UNDERNEATH IT ALL is different because Joan is different. Suffice it to say, Joan has met the enemy and its name is: mortality. She has been immersed in the fight her husband of 31 years wages against pancreatic cancer. As a successful entrepreneur she is accustomed to being in-charge. As a one-time highly appreciated Admin herself, she knows how effective finely honed skills are … let me learn how to do it and I’ll do it.

While life was happening around her (e.g., her own major surgery, her beloved father’s unexpected hospital confinement in another state and other once-in-a-lifetime personal challenges), Joan’s work also produced three years of solid research which concluded: 90% of the requirements for being a successful Admin revolve around the soft skills … 10% revolve around technology and technical skills. Three years ago, this was virtually unknown but that’s not all …

On the final pages of UNDERNEATH IT ALL you’ll find the Curtain Going Up On Things To Come which spotlights something Joan calls Admins’ DNA.

In the world of biology, DNA refers to deoxyribonucleic acid. It is the molecule that encodes genetic information. (Source: www.biology-online.org/dictionary/Dna.)

What does that have to do with Admins?

Know the Symptoms of Pancreatic Cancer:

Pancreatic cancer is sometimes called a “silent” disease because symptoms are rarely present in its early stages. Many patients have advanced disease by the time it becomes noticeable to the patient and doctors. If symptoms are present, they are often vague. Patients may experience different symptoms depending on the location, type and stage of the cancer. Symptoms that commonly lead to diagnosis include: jaundice, abdominal and/or back pain, new-onset diabetes, unexplained weight loss and loss of appetite.

How Can You Get Involved with Pancreatic Cancer Awareness Month?

You can get involved in many ways from donating money to attending local events that might be held in your community. Visit http://www.pancan.org/events-fundraising/

Purchase a copy of Underneath It All.

Post a “selfie” on your social networking sites of yourself holding a Purple Letter P and tag it #purplepselfie and join the cause in raising awareness.