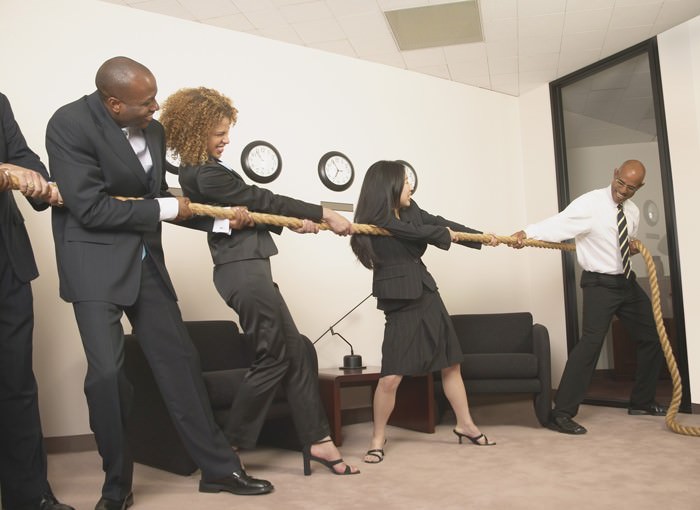 With extra tension and anxiety in the workplace due to multi-generational differences and workers feeling time-compressed, you may be experiencing a bit of ‘conflict’ with coworkers.

As more companies embrace the spirit of teamwork, you must learn to work with other people and truly become a team player to get the work done and help your organization be more competitive. In fact, if you are like most employees across the country, your organization has right-sized or may intend to merge or downsize, thereby creating more work to be done by fewer people. In addition, the constant push for quality and improved customer service necessitates cooperation among employees.

Conflict can hold you back from being your best and giving your best. You don’t feel confident or happy when you are in conflict with co-workers or even a customer. Maybe right now you think of someone you work with whom you are in conflict. It doesn’t make you feel good, does it? It may be uncomfortable enough that you dread going to work. As long you come in contact with others, however, you will experience conflict.

Conflict does not necessarily mean a big blow out! Just different views and opinions can create undercurrent. You think a project should be completed one way and your peer thinks it should be done another way. Maybe your executive thinks you did not thoroughly plan his trip the way he would have liked and you believe you did an excellent job. It is the little disagreements and perspectives that hinder our performance—slow us down. So don’t ignore little misunderstandings.

The Prices You Pay

It is difficult for many people to confront another person whose ideas are different from theirs or someone they perceive to be difficult. Some conflicts are so minor, it’s best just to ignore them. But severe conflict becomes increasingly destructive when it is not confronted in a positive way.

Here are some valuable tips that can help “star” employees like you reduce stress and achieve even greater career success through skillful conflict resolution:

Avoid assigning blame or passing judgment. This often escalates a conflict. Instead, keep your comments neutral – focused on the issue at hand and not on what you perceive to be the other person’s shortcomings. (Those can always be addressed later, when emotions aren’t running quite as high.)

Use Facts Only.  Stick to the facts when confronting someone. You will get more positive results when you deal with the facts than with the emotions around them.

Maintain Self-Esteem of Others.  It’s harmful to belittle others and diminishes your professional image. When confronting colleagues, make sure you communicate in a way that allows them to save face.

Talk To Each Other; Not About Each Other.  Make every effort to approach the other person directly. Don’t talk behind someone’s back. Have the courage to talk to them. This gives you an opportunity to work on solutions.

Hash it out in private. It’s between you and the other party…. So keep it that way by moving an emerging conflict into a private space, such as an office or conference room. This will help you both save face and preserve your professional image.

Accept that some things can’t (or won’t) change. Many times, conflicts erupt because people want some kind of change to occur in someone else – either in their behaviors or actions. But the reality is, change often won’t happen… so learn to live with what you can and address the issues that really matter.

Watch your tone and inflection. It’s best to keep your voice as calm and low-key as possible. (Tip: If you speak in a lower, quieter voice, the other person is likely to follow suit – and the conflict ratchets down as a result.

Separate the business from the personal. For this technique to work, you’ve got to keep an open mind and really listen to what the other person is saying, regardless of how you personally feel toward him or her. Is there a mutually agreeable compromise, a solution? In my experience, the answer is almost always yes – if you’re willing to look for it.

Move on. Of course, if none of the above suggestions work, you may want to consider whether there’s another job that suits you better – one that’s more in line with your future career goals. Write down all the pros and cons to keeping your current position. If the cons outweigh the pros, have the courage of your convictions to begin seeking a new position.

Now more than ever, we need to come together.  So practice rapport-building with coworkers and minimize conflict in the workplace.

Have a great week!