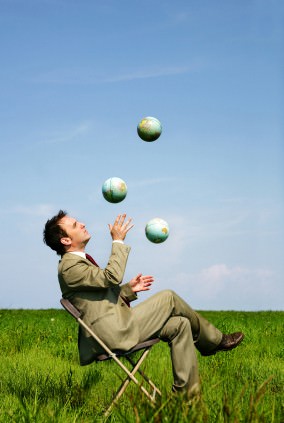 Why I think we should kill multitasking.

As I perform seminars throughout North America in every kind of business you can think of, I often encounter people who are proud that they can multitask. I have been engaged in this topic and spoken on it for the past few years. What about you? Do you regularly multitask, such as reading e-mails while someone is talking to you on the telephone? Or you watch a webinar while working on your executive’s project?

Many people in our society boast about being a great multitasker. Yet, there are volumes (and that is putting it mildly) of research on the negative effects of multitasking. So, open your mind as you read this. I have provided a few excerpts from some of the research but if you still aren’t convinced, do your own research and you will be amazed.

“A new study suggests that people who often do multiple tasks in a variety of media—texting, instant messaging, online video watching, word processing, Web surfing and more—do worse on tests in which they need to switch attention from one task to another than people who rarely multitask in this way.

Specifically, heavy multitaskers are more easily distracted by irrelevant information than those who aren’t constantly in a multimedia frenzy, according to the study in the Proceedings of the National Academy of Sciences.”

“Think multitasking is the most efficient way of getting things done? It seems to make sense right – doing multiple things at once would cut my time in half? That’s a no-brainer. In fact there have been many books and articles written on How to Multitask and get more done.

Recent research has shown that multitasking is actually worse for productivity than if you were high! What!!?? Yep – it actually lowers your IQ. So if you pride yourself on being a multitasker, you might want to reconsider.

Need more convincing? As recently as November 8, 2014, an article appeared on Forbes.com about new studies that showed multitasking can ruin your career and brain. Research conducted at Stanford University found that multitasking is less productive than doing a single thing at a time. The researchers also found that people who are regularly bombarded with several streams of electronic information cannot pay attention, recall information, or switch from one job to another as well as those who complete one task at a time.

Here are some helpful tips to help you wage the war and kill multitasking:

This week I would like you to think of the word “focus” and picture a juggler; instead of multitasking and see your productivity increase.